Resources on Sexuality and Gender Issues

The Secret Thoughts of an Unlikely Convert 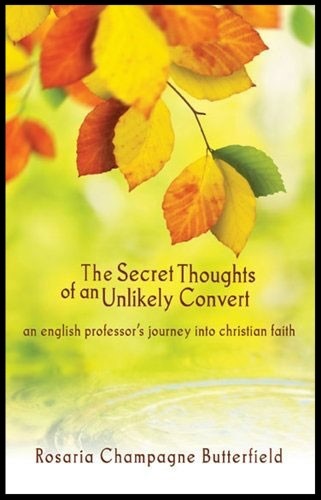 The following annotated bibliography lists select books and articles of interest on ethical and social issues pertaining to sexuality, marriage, and gender. This bibliography is deliberately selective for the benefit of general Christian readers. Most of the works listed here represent a Christian or at least traditional, conservative perspective. Since informed Christians should be aware of other perspectives, a few works representing progressive positions on the subjects are also listed. Inclusion in this bibliography does not constitute endorsement.

Grudem, Wayne. Christian Ethics: An Introduction to Biblical Moral Reasoning. Wheaton, IL: Crossway, 2018. This textbook lays a fully developed foundation for how to address ethical issues, then examines the whole range of issues organized according to the Ten Commandments.

Pearcey, Nancy. Love Thy Body: Answering Hard Questions about Life and Sexuality. Grand Rapids: Baker, 2018. Noted evangelical scholar and conservative commentator examines such hot-button issues as abortion, homosexuality, and transgenderism, and argues that secular values, by dissociating the body from the human person, have proved dehumanizing. Intended for general readers.

Gagnon, Robert A. J. The Bible and Homosexual Practice: Texts and Hermeneutics. Nashville: Abingdon Press, 2001. Still perhaps the best book on the subject of the biblical teachings on same-sex relations, addressing the issue in rigorous, academic fashion. His website has a good deal of informative material: http://www.robgagnon.net/.

Gilson, Tom. Critical Conversations: A Christian Parent’s Guide to Discussing Homosexuality with Teens. Foreword by Sean McDowell. Grand Rapids: Kregel, 2016. How to discuss such questions as gay marriage, bullying, why homosexual conduct is immoral, and more.

Girgis, Sherif, Ryan T. Anderson, and Robert P. George. What Is Marriage? Man and Woman: A Defense. New York: Encounter Books, 2012. Natural-law defense (i.e., one that appeals to facts of nature and not to Scripture or theology) of traditional marriage against the idea of same-sex marriage.

Kaltenbach, Caleb. Messy Grace: How a Pastor with Gay Parents Learned to Love Others without Sacrificing Conviction. Colorado Springs: WaterBrook Press, 2015. We often hear of the dilemma facing Christian parents with a gay child; this book is about a man who was raised by gay parents but then became an evangelical Christian and a pastor. Kaltenbach studied at Talbot and Dallas Theological Seminary.

McDowell, Sean, and John Stonestreet. Same-Sex Marriage: A Thoughtful Approach to God’s Design for Marriage. Grand Rapids: Baker Books, 2014. McDowell, an apologetics professor at Biola, and Stonestreet, co-host of Breakpoint, teamed up to write this summons to Christians following the legalization of same-sex marriage to continue engaging the culture.

Vines, Matthew. God and the Gay Christian: The Biblical Case in Support of Same-Sex Relationships. New York: Convergent Books, 2014. Perhaps the most popular defense of same-sex relationships as consistent with Christian faith. A short book with responses from four evangelical scholars is available as a free download here: https://www.sbts.edu/press/god-and-the-gay-christian-a-response-to-matthew-vines/.

Yuan, Christopher, and Angela Yuan. Out of a Far Country: A Gay Son’s Journey to God. A Broken Mother’s Search for Hope. Foreword by Kay Warren. Colorado Springs: WaterBrook Press, 2011. Remarkable story about a Chinese immigrant mother and her son’s spiritual journeys as he struggled with being gay. Endorsed by Chuck Colson and many others. Christopher has gone on to write additional books. See his website, https://christopheryuan.com/.

Hagen, Margaret E. “Transgenderism Has No Basis in Science or Law.” Public Discourse: The Journal of the Witherspoon Institute, Jan. 13, 2016. https://www.thepublicdiscourse.com/2016/01/16143/. Summary: “In a domain in which the proposed “therapies” are so drastic, it is not too much to ask for a solid, evidence-based statement of who is being treated, for what, and why, before writing a prescription or passing a law.”

Hartke, Austen. Transforming: The Bible and the Lives of Transgender Christians. Louisville: Westminster John Knox Press, 2018. Perhaps the best attempt to defend the new progressive view of transgenderism from a Christian perspective. For a response, see Andrew T. Walker, “A Christian Case for Transgenderism?” The Gospel Coalition, March 28, 2018. https://www.thegospelcoalition.org/reviews/christian-case-transgenderism/.

Mayer, Lawrence S., and Paul R. McHugh. “Sexuality and Gender: Findings from the Biological, Psychological, and Social Sciences.” New Atlantis, Fall 2016. https://www.thenewatlantis.com/publications/executive-summary-sexuality-and-gender. Epidemiologist and psychiatrist team up to review and analyze the scientific literature on the medical and mental health aspects of both homosexuality and gender issues, concluding that progressive views fail the very people they are supposedly defending.

Sex Change Regret. http://sexchangeregret.com/. Just what it sounds like: cautionary tales of persons who underwent sex changes and regretted it, along with hope for those in that situation or who are considering sex change. See also Walt Heyer’s website, https://waltheyer.com/.