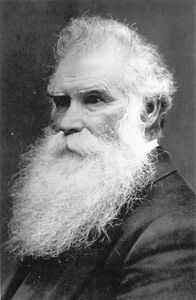 Orson Pratt’s account of the First Vision appeared in a book published in Great Britain in 1840, after Joseph had dictated the 1838/1839 History (on which Pratt was certainly dependent) but before it was published (in 1842).1 Other than breaking up the long first paragraph into shorter ones, no changes have been made to the text here, although some headings have been added. For the reader’s convenience, footnotes draw attention to biblical quotations or allusions (KJV). Page numbers shown in brackets refer to the page that follows, unlike what one finds in the Joseph Smith Papers.

MR JOSEPH SMITH, jun., who made the following important discovery, was born in the town of Sharon, Windsor county, Vermont, on the 23d of December, A.D. 1805. When ten years old, his parents, with their family, moved to Palmyra, New York; in the vicinity of which he resided for about eleven years, the latter part in the town of Manchester. Cultivating the earth for a livelihood was his occupation, in which he employed the most of his time. His advantages, for acquiring literary knowledge, were exceedingly small; hence, his education was limited to a slight acquaintance with two or three of the common branches of learning. He could read without much difficulty, and write a very imperfect hand; and had a very limited understanding of the ground rules of arithmetic. These were his highest and only attainments; while the rest of those branches, so universally taught in the common schools throughout the United States, were entirely unknown to him.

When somewhere about fourteen or fifteen years old, he began seriously to reflect upon the necessity of being prepared for a future state of existence: but how, or in what way, to prepare himself, was a question, as yet, undetermined in his own mind: he perceived that it was a question of infinite importance, and that the salvation of his soul depended upon a correct understanding of the same. He saw, that if he understood not the [p. 4] way, it would be impossible to walk in it, except by chance; and the thought of resting his hopes of eternal life upon chance, or uncertainties, was more than he could endure. If he went to the religious denominations to seek information, each one pointed to its particular tenets, saying—“This is the way, walk ye in it;”2 while, at the same time, the doctrines of each were, in many respects, in direct opposition to one another. It, also, occurred to his mind, that God was not the author of but one doctrine,3 and therefore could not acknowledge but one denomination as his church; and that such denomination must be a people, who believe, and teach, that one doctrine, (whatever it may be,) and build upon the same. He then reflected upon the immense number of doctrines, now, in the world, which had given rise to many hundreds of different denominations. The great question to be decided in his mind, was—if any one of these denominations be the Church of Christ, which one is it? Until he could become satisfied, in relation to this question, he could not rest contented. To trust to the decisions of fallible man, and build his hopes upon the same, without any certainty, and knowledge, of his own, would not satisfy the anxious desires that pervaded his breast. To decide, without any positive and definite evidence, on which he could rely, upon a subject involving the future welfare of his soul, was revolting to his feelings.

The only alternative, that seemed to be left him, was to read the Scriptures, and endeavour to follow their directions. He, accordingly, commenced perusing the sacred pages of the Bible, with sincerity, believing the things that he read. His mind soon caught hold of the following passage:—“If any of you lack wisdom, let him ask of God, that giveth to all men liberally, and upbraideth not; and it shall be given him.”—James i. 5. From this promise he learned, that it was the privilege of all men to ask God for wisdom, with the sure and certain expectation of receiving, liberally; without being upbraided for so doing. This was cheering information to him: tidings that gave him great joy.4 It was like a light shining forth in a dark place,5 to guide him to the path in which he should walk. He, now, saw that if he inquired of God, there was, not only, a possibility, but a probability; yea, more, a certainty, that he should [p. 5] obtain a knowledge, which, of all the doctrines, was the doctrine of Christ; and, which, of all the churches, was the church of Christ.

He, therefore, retired to a secret place, in a grove, but a short distance from his father’s house, and knelt down, and began to call upon the Lord. At first, he was severely tempted by the powers of darkness, which endeavoured to overcome him; but he continued to seek for deliverance, until darkness gave way from his mind; and he was enabled to pray, in fervency of the spirit, and in faith. And, while thus pouring out his soul, anxiously desiring an answer from God, he, at length, saw a very bright and glorious light in the heavens above; which, at first, seemed to be at a considerable distance. He continued praying, while the light appeared to be gradually descending towards him; and, as it drew nearer, it increased in brightness, and magnitude, so that, by the time that it reached the tops of the trees, the whole wilderness, for some distance around, was illuminated in a most glorious and brilliant manner. He expected to have seen the leaves and boughs of the trees consumed,6 as soon as the light came in contact with them; but, perceiving that it did not produce that effect, he was encouraged with the hopes of being able to endure its presence. It continued descending, slowly, until it rested upon the earth, and he was enveloped in the midst of it. When it first came upon him, it produced a peculiar sensation throughout his whole system; and, immediately, his mind was caught away, from the natural objects with which he was surrounded; and he was enwrapped in a heavenly vision, and saw two glorious personages, who exactly resembled each other in their features or likeness.

He was informed, that his sins were forgiven. He was also informed upon the subjects, which had for some time previously agitated his mind, viz.—that all the religious denominations were believing in incorrect doctrines; and, consequently, that none of them was acknowledged of God, as his church and kingdom. And he was expressly commanded, to go not after them;7 and he received a promise that the true doctrine—the fulness of the gospel, should, at some future time, be made known to him; after which, the vision withdrew, leaving his mind in a state of calmness and peace, indescribable.

Some time after having received this glorious [p. 6] manifestation, being young, he was again entangled in the vanities of the world, of which he afterwards sincerely and truly repented.

And it pleased God, on the evening of the 21st of September, A.D. 1823, to again hear his prayers. For he had retired to rest, as usual, only that his mind was drawn out, in fervent prayer, and his soul was filled with the most earnest desire, “to commune with some kind messenger, who could communicate to him the desired information of his acceptance with God,” and also unfold the principles of the doctrine of Christ, according to the promise which he had received in the former vision. While he thus continued to pour out his desires before the Father of all good; endeavouring to exercise faith in his precious promises; “on a sudden, a light like that of day, only of a purer and far more glorious appearance and brightness, burst into the room. Indeed, the first sight was as though the house was filled with consuming fire.8 This sudden appearance of a light so bright, as must naturally be expected, occasioned a shock or sensation visible to the extremities of the body. It was, however, followed with a calmness and serenity of mind, and an overwhelming rapture of joy, that surpassed understanding, and, in a moment, a personage stood before him.”

1 Orson Pratt, A Interesting Account of Several Remarkable Visions, and of the Late Discovery of Ancient American Records (Edinburgh: Ballantyne and Hughes, 1840), 3–6. Images of these pages may be viewed at the Joseph Smith Papers website.

5 A likely allusion to 2 Peter 1:19, “We have also a more sure word of prophecy, whereunto ye do well that ye take heed, as unto a light that shineth in a dark place, until the day dawn….”