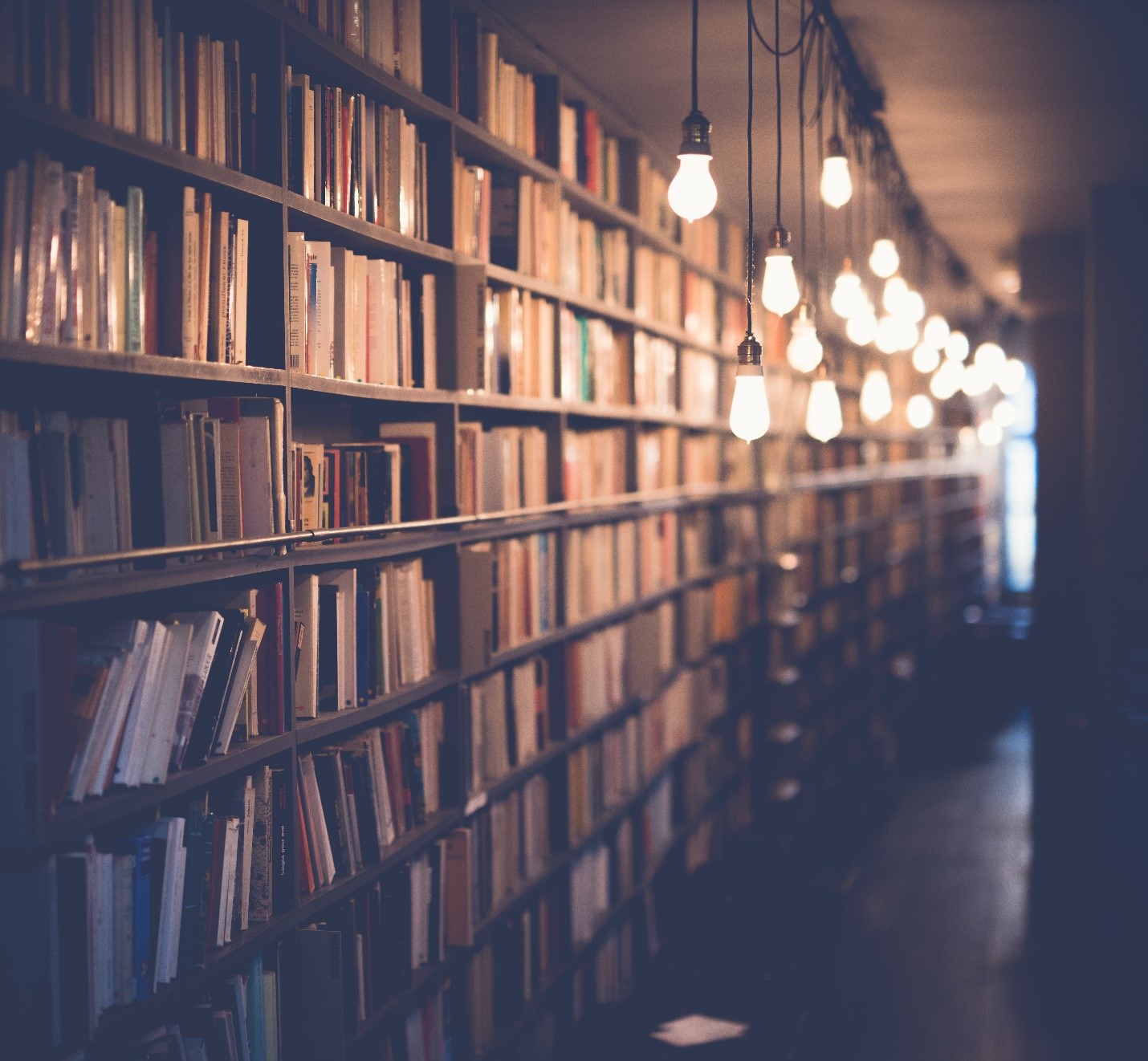 So, you’re interested in Christian apologetics. That means you want to know what you believe, why you believe it, and how you can help others believe it too. But there is so much information out there. There are so many books you could read. Where do you start?

How These 24 Books Can Help You in Studying Christian Apologetics

Everyone is different—that’s a good thing—and what you may be interested in reading may differ from someone else. However, if you’re looking for a well-rounded education to prepare you to address a broad range of issues in apologetics, you could probably use some suggestions. To that end, I have compiled this list of 24 books for those pursuing Christian apologetics. Note that I did not say 24 apologetics books. Several of these books are not works of apologetics. You will find here popular introductory books on apologetics; a study Bible; textbooks on logic, philosophy, and apologetics; and works on science and Christianity, on biblical interpretation, on the Old and New Testaments, on Jesus, on cultural and ethical issues, and on non-Christian belief systems. Each of these subjects are vitally important in the defense of the Christian faith.

The books chosen here were all published in 2000 or later. I have tried to list works by as wide a variety of authors as possible. In this way, you will be introduced not only to a range of relevant subject matter but also to many of the leading Christian authors and teachers today of importance in apologetics. I should mention that I have (rather immodestly) listed one of my own books. My rationale for doing so is that it will catch you up on the history and methods of apologetics up to the beginning of this century.

As you peruse the list, you may find yourself thinking that you have already read one or more good books on a particular subject and that you don’t need to read another one. You may even think that there are better books on the subject than the one listed here. That’s fine. The purpose of this list is not to tell you what to read but to identify the types of books that would be helpful in gaining a well-rounded education as an apologist. I would recommend looking up the book’s description (say, on Amazon, for which I have given links for all the books) and then deciding if it is something you would benefit from reading.

Some of these books are intended for general readers at a more or less popular level, and some of them are textbooks or more advanced academic works. I have offered some guidance in this regard for each book. Moreover, at the end of this article, I give some suggestions for the order in which you might consider reading these books. Again, you can proceed with your study in whatever way works for you. You may want to set a goal of reading all of these books in a year, or two years, or even longer if that is best for you.

I welcome suggestions of books that might be included in this list. Keep in mind that I have deliberately kept the list to 24 books (dropping quite a few I myself would like to have listed) and that the list is meant to cover a wide array of authors and topics.

Studying the Bible for Apologetics

The first book on the list here is actually a rather well-known collection of 66 books. Obviously, the most important books every Christian apologist should read are the books of the Bible. For those interested in reading the Bible with apologetic concerns in mind, here is a recommended study edition of the Bible:

Cabal, Theodore (Ted), ed. The Apologetics Study Bible. Nashville: Holman Bible Publishers, 2007. Over a hundred articles and hundreds of footnotes, all focusing on apologetic issues, with some renowned apologists as contributors (Strobel, Geisler, McDowell, Zacharias, et. al.). Available in several editions. Intended for general, popular use. You might consider reading through this Bible in a year, taking time to read the articles and some of the footnotes. View on Amazon

Anyone interested in apologetics needs to learn how to read and interpret the Bible. The formal discipline that studies interpretation is known as hermeneutics. There are many good textbooks on biblical hermeneutics; here is one that is especially popular:

Fee, Gordon D., and Douglas Stuart. How to Read the Bible for All Its Worth: A Guide to Understanding the Bible. 4th ed. Grand Rapids: Zondervan, 2014. How to interpret the different parts of the Bible, including OT history, poetry, and prophecy, and the NT Gospels, Acts, epistles, and Revelation. A textbook that has proved to be popular among general readers as well. You might consider reading this book as advance preparation for reading through the whole Bible. View on Amazon

All three of these books are highly recommended for those just learning about apologetics.

Koukl, Gregory. Tactics: A Game Plan for Discussing Your Convictions. Foreword by Lee Strobel. Grand Rapids: Zondervan, 2009. How-to manual for general Christian readers setting forth a strategy for engaging nonbelievers in discussions on apologetic issues, by a justly popular apologist. View on Amazon

Moreland, J. P. Love Your God with All Your Mind: The Role of Reason in the Life of the Soul. Rev. and updated ed. Colorado Springs: NavPress, 2012. Sadly, many pastors and other Christians do not appreciate the importance and value of apologetics, which is really one way of looking at the importance of developing a Christian mind. In this book, Moreland makes the case for the development of the mind as an aspect of Christian discipleship, explaining why it matters, how to develop a Christian mind, and what the church needs to do about it. If you’re already on board, this book will equip you to get involved in bringing apologetics to the church. Intended for general readers. View on Amazon

These books are all textbooks and are to varying degrees likely to be more challenging reading. Working through these subjects (whether in these or other books), even if slowly, would be potentially very rewarding for those serious about engaging in apologetics. These books may be read in any order.

Byerly, T. Ryan. Introducing Logic and Critical Thinking: The Skills of Reasoning and the Virtues of Inquiry. Grand Rapids: Baker Academic, 2017. Christian philosopher’s textbook on skills of fundamental importance in apologetics. Covers the usual topics in a logic textbook, so some of the material may be challenging. View on Amazon

Grudem, Wayne. Systematic Theology: An Introduction to Biblical Doctrine. Grand Rapids: Zondervan, 2000. By far the most popular evangelical textbook on the subject, and for good reasons. Originally published in 1994 but updated in 2000 with an appendix and glossary. Long but quite readable Two shorter editions are also available (one aimed at general readers), as well as a video series with short lectures (6-12 minutes each) on each topic. View on Amazon

Boa, Kenneth D., and Robert M. Bowman Jr. Faith Has Its Reasons: Integrative Approaches to Defending the Christian Faith. 2nd ed. Downers Grove, IL: Biblica Books (IVP), 2006. Comprehensive, fair-minded introduction to all of the major contemporary approaches to apologetics, with summaries and analysis of numerous Christian apologists from the first century to the early 21st century. Long textbook broken up with easy to follow dialogues and tables illustrating and summarizing the various approaches. View on Amazon

Wallace, J. Warner. Cold-Case Christianity: A Homicide Detective Investigates the Claims of the Gospels. Colorado Springs: David C. Cook, 2013. A former atheist weaves stories from his own case files into a defense of the Gospel accounts of Jesus, discussing such evidential issues as circumstantial evidence, the reliability of witnesses, and the “chain of custody” in relation to the Gospels. Intended for and highly successful with general readers. View on Amazon

Kitchen, K. A. On the Reliability of the Old Testament. Grand Rapids: Eerdmans, 2003. Magnum opus of an evangelical Old Testament scholar. Kitchen accepts the 13th-century date of the Exodus, which many evangelicals dispute. Regardless, a magnificent achievement. Fairly long and quite academic. View on Amazon

There are many excellent books on science issues as they relate to Christian apologetics. Unfortunately, there is a great deal of contention among Christians over how best to understand some of these issues. Since I can only list just a few books here, the selections admittedly reflect my own perspective. Here I list just three books to get you started: a popular one, an introductory textbook, and a somewhat more advanced work.

Collins, C. John. Science & Faith: Friends or Foes? Wheaton: Crossway, 2003. Excellent survey of the issues, written from the perspective of an old-earth creationist (which is the position I hold). Can be used as a textbook yet is moderate in length and generally not difficult to read. View on Amazon

Moreland, J. P., Stephen C. Meyer, Christopher Shaw, Ann K. Gauger, and Wayne Grudem, eds. Theistic Evolution: A Scientific, Philosophical, and Theological Critique. Wheaton, IL: Crossway, 2017. Scholars from various disciplines contribute to this wide-ranging critique of theistic evolution, intended for general readers though some of the material may be somewhat challenging. While I recognize that an increasing number of evangelical Christians hold to some form of theistic evolution (or evolutionary creation), I remain convinced that the view is problematic both scientifically and theologically.  View on Amazon

The following four books address crucial issues in contemporary society that every Christian apologist needs to be equipped to handle.

Mangalwadi, Vishal. The Book That Made Your World: How the Bible Created the Soul of Western Civilization. Nashville: Thomas Nelson, 2011. One of the best apologetics books of this century so far. The author is a Christian from India who was a social reformer there and who explains why the biblical worldview has been crucial to the development of human rights, literacy, science, and other beneficial values that Western society is in danger of losing as it turns away from Christianity. Perhaps a bit long, but very literate and interesting. See also his more recent, shorter book, This Book Changed Everything, Volume I: The Bible’s Amazing Impact on Our World (Pasadena, CA: SoughtAfterMedia; Mussoorie, India: Nivedit Good Books, 2019). View on Amazon

Grudem, Wayne. Christian Ethics: An Introduction to Biblical Moral Reasoning. Wheaton, IL: Crossway, 2018. Very long but worth it, this textbook lays a fully developed foundation for how to address ethical issues, then examines the whole range of issues organized according to the Ten Commandments. View on Amazon

In order to defend the Christian faith, we need to know something about what other people believe so that we can effectively respond to them. These three books, which are all intended for general readers, will help. I have chosen one book on Mormonism (the most dynamic heretical form of Christianity), Islam (the second-largest world religion), and secular beliefs (the fastest-growing segment of Western society).

Johnson, Eric, and Sean McDowell, eds. Sharing the Good News with Mormons: Practical Strategies for Getting the Conversation Started. Eugene, OR: Harvest House, 2018. Not only is this one of the very best Christian books on Mormonism, it presents many excellent ways of defending Christian faith applicable in other contexts. Intended for general readers. View on Amazon

Qureshi, Nabeel. Seeking Allah, Finding Jesus: A Devout Muslim Encounters Christianity. 3rd ed. Grand Rapids: Zondervan, 2018. Posthumous edition of the first book by Qureshi, in which he skillfully weaves testimony with apologetic argument to explain why he as a Muslim came to accept the New Testament’s claims for Jesus Christ. Highly readable for general readers while at the same time quite substantive in content. View on Amazon