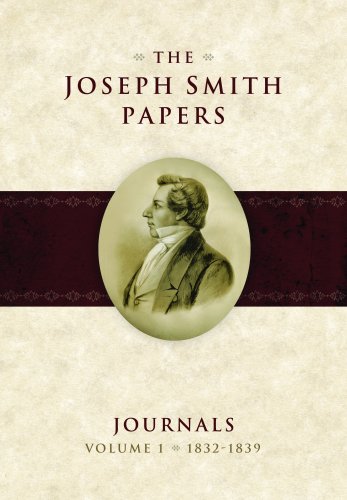 Joseph Smith’s journals, which were kept by his scribes, record two accounts that Joseph gave of his First Vision in November 1835. The first of these was told to Robert Matthews, who called himself Joshua the Jewish minister. The second was told to Erastus Holmes.

The following version of these accounts retains their exact wording but corrects and (except for deliberate use of archaic KJV-like language) modernizes the spelling, grammar, and punctuation. Images of the journal pages and transcripts are available on the Joseph Smith Papers website.1 Insertions and deletions of no interpretive consequence are retained without notation. Clear allusions to or quotations from the Bible are identified in the notes. Paragraph breaks have also been added for the sake of readability and reference. Page numbers shown in brackets refer to the page that follows, unlike what one finds in the Joseph Smith Papers.

We soon commenced talking upon the subject of religion. And after I had made some remarks concerning the Bible, I commenced giving him a relation of the circumstances connected with the coming forth of the Book of Mormon, as follows.

Being wrought up in my mind respecting the subject of religion and looking at the different systems taught the children of men, I knew not who was right or who was wrong, and considering it of the first importance that I should be right in matters that involved eternal consequences.

Being thus perplexed in mind, I retired to the silent grove and bowed down before the Lord, under a realizing sense that he had said (if the Bible be true), “Ask, and you shall receive; knock, and it shall be opened; seek, and you shall find.”2 And again, “If any man lack wisdom, let him ask of God, who giveth to all men liberally and upbraideth not.”3

Information was what I most desired at this time, and with a fixed determination to obtain it, I called upon the Lord for the first time, in the place above stated. Or, in other words, I made a fruitless attempt to pray; my tongue seemed to be swollen in my mouth, so that I could not utter. I heard a noise behind me like some person walking towards me. I strove again to pray, but could not; the noise of walking seemed to draw nearer. I sprung up on my feet [p. 24] and looked around, but saw no person or thing that was calculated to produce the noise of walking. I kneeled again. My mouth was opened and my tongue liberated,4 and I called on the Lord in mighty prayer.

A pillar of fire5 appeared above my head. It presently rested down upon my head and filled me6 with joy unspeakable.7 A personage appeared in the midst of this pillar of flame, which was spread all around and yet nothing consumed.8 Another personage soon appeared like unto the first. He said unto me, “Thy sins are forgiven thee.”9 He testified unto me that Jesus Christ is the Son of God.10 And I saw many angels in this vision. I was about 14 years old when I received this first communication.

A gentleman called this afternoon by the name of Erastus Holmes, of Newbury, Clermont County, Ohio. He called to make inquiry about the establishment of the Church of the Latter-day Saints and to be instructed more perfectly in our doctrine, etc. I commenced and gave him a brief relation of my experience while in my juvenile years, say from 6 years old, up to the time I received the first visitation of angels which was when I was about 14 years old, and also the visitations that I received afterward concerning the Book of Mormon, and a short account of the rise and progress of the church up to this date. He listened very attentively and seemed highly gratified and intends to unite with the Church. He is a very candid man indeed and I am much pleased with him.

3 An almost exact quotation from the KJV: “If any of you lack wisdom, let him ask of God, that giveth to all men liberally, and upbraideth not, and it shall be given him” (James 1:5).

4 A possible, incidental allusion to Luke 1:64, “And his mouth was opened immediately, and his tongue loosed, and he spake, and praised God.”

6 A possible allusion to Acts 2:3-4, “And there appeared unto them cloven tongues like as of fire, and it sat upon each of them. And they were all filled with the Holy Ghost, and began to speak with other tongues, as the Spirit gave them utterance.”

7 A likely allusion to 1 Peter 1:8, “ye rejoice with joy unspeakable and full of glory.”

8 A clear allusion to Exodus 3:2, “And the angel of the Lord appeared unto him in a flame of fire out of the midst of a bush: and he looked, and, behold, the bush burned with fire, and the bush was not consumed.”