Does the Book of Revelation Teach that Christ Is an Angel? 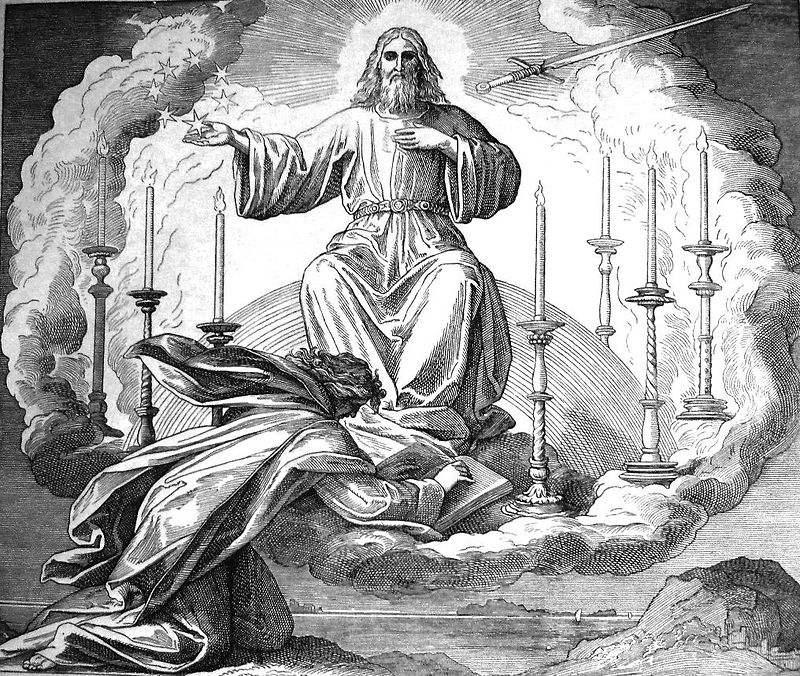 I recently finished reading Paula Gooder’s book Only the Third Heaven? 2 Corinthians 12.1-10 and Heavenly Ascent, an academic monograph published in 2006. In the course of discussing other ancient texts about ascents into or visions of heaven, Gooder makes the surprising claim that the Book of Revelation identifies Christ as “an exalted angel.” She offers two arguments in support of this claim.[1]

Gooder’s second evidence is that following the mention again of the figure “like a son of man” in 14:14, the text immediately “introduces ἄλλος ἄγγελος” (allos angelos, “another angel,” 14:15). She then comments, “This implies that 14.14 also described an angelic figure.” This is a terrible argument, but it is also a more interesting one

The expression “another angel” in Revelation 14:15 reflects the fact that John has already seen numerous angels, including three in this passage. In all, Revelation 14 refers six times to “another angel” that John saw in this one vision (14:6, 8, 9, 15, 17, 18). The following excerpts give a sense of the structure of the passage and the different figures involved (Rev. 14:6-18):

The structure of the passage outlines as follows:

Read in the context of the passage as a whole, John’s reference to “one like a son of man” who was “seated on a cloud…with a golden crown on his head” (14:14) actually distinguishes this figure from the series of angels. He is instead associated with the Spirit and with the unidentified source of the voice that spoke from heaven. It is a serious mistake in reading to interpret the reference to “another angel” in verse 15 as implying that the figure “like a son of man” in verse 14 is also an angel

The unidentified speaker from heaven poses an interesting exegetical question. The Book of Revelation has many references to a voice from heaven, in some cases the “voice” of a heavenly group (notably 14:2, earlier in this same passage; also 11:15; 19:1). In some instances, the voice from heaven is that of Christ himself (1:10-13; 4:1). However, here the unidentified source seems to be someone distinct from Christ (i.e., from the figure “like a son of man”). Indeed, the speaker refers to Christ in the third person as “the Lord” (“Write: Blessed are the dead who die in the Lord from now on,” 14:13a). Although the figure is not identified as an angel, it is possible that he is an angel but one that John did not actually see in his vision but only heard.

Since John does not identify the speaker, we should be cautious in proposing interpretations of the matter. Still, another possibility does seem worth mentioning. It is possible that the unidentified heavenly voice is that of God the Father. The motif of a voice of a figure who cannot be seen but who speaks from heaven would be a familiar one to the earliest readers of the Book of Revelation. It might easily recall the scene at Christ’s baptism in the Jordan, when the Spirit descends on Jesus and a “voice from heaven” expressed his approval of Jesus as his Son (Matt. 3:17; Mark 1:11; Luke 3:22). The Father also speaks as a “voice from heaven” on one occasion in the Gospel of John (12:28). The Synoptic Gospels also report the Father speaking unseen from a cloud at the transfiguration of Jesus (Matt. 17:5; Mark 9:7; Luke 9:34-36; see also 2 Peter 1:18).

The accounts of Jesus’ baptism in the Gospels are among the best-known examples of “triadic” references to the Father, the Son, and the Spirit in the New Testament. There are dozens of clear examples of such triadic texts throughout the New Testament, including at least three others in the Book of Revelation (1:4-5; 5:6-7; 19:10). Although such texts do not present fully articulated, formal statements of the doctrine of the Trinity, they do show that the New Testament is dominated by what can be fairly called a proto-Trinitarian theological framework.[3]

Whether or not the unidentified heavenly voice is that of the Father, in Revelation 14:12-14 we clearly have a “triadic” reference to God, Jesus, and the Spirit. It explicitly refers to God and Jesus (14:12) and then to the Spirit (14:13). It also refers to Jesus as “the Lord” (14:13) and contains a symbolic reference to Jesus as the son of man figure (14:14). In addition to these undeniable references, this short unit of text may also contain a veiled reference to the Father as the speaker with the unidentified voice from heaven. Even if that speaker is not the Father, then, this unit is a strong example of a triadic text.

This finding reinforces the point made earlier about the structure of the passage, which may now be outlined more simply as follows:

I conclude that far from implying that Christ is an angel, Revelation 14 clearly distinguishes Jesus, the “one like a son of man,” from the angels, placing him alongside God and the Spirit as a divine figure on whose behalf the angels speak and act. Of course, this would explain why Christ, as the Lamb, is with God the legitimate object of worship (Rev. 5:11-14) but an angel is not (Rev. 19:10; 22:8-9).[4]

[2] All biblical quotations are taken from the ESV.

[3] See my article “Triadic New Testament Passages and the Doctrine of the Trinity.” Journal of Trinitarian Studies and Apologetics 1 (Jan. 2013): 7–54.