Did Jesus Exist before He Was Born? 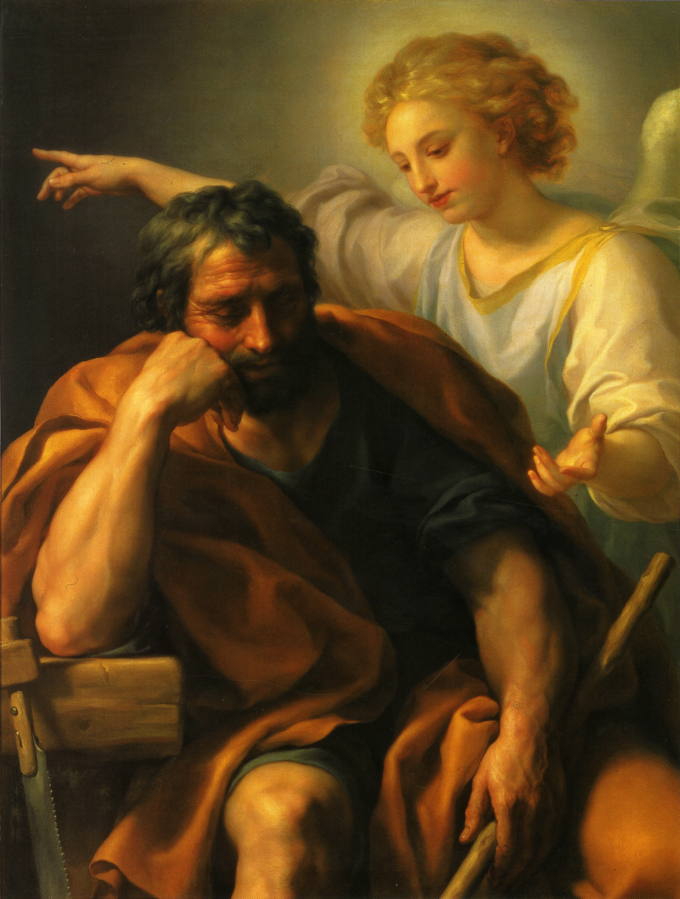 Critics of the Trinitarian view of Jesus Christ as God incarnate sometimes argue that Jesus could not have existed before he was born. They point out that Jesus received his name “Jesus” when he was born (Matt. 1:21, 25; Luke 1:31; 2:21). Before that time, these critics conclude, Jesus simply didn’t exist. And if Jesus didn’t exist before his birth, then obviously he cannot be God, since God has always existed. For good measure, they often argue that Jesus was also not the Son of God prior to his birth because the angel Gabriel told Mary that her child was going to be “called the Son of God” (Luke 1:35, cf. 1:32).

As reasonable as these arguments no doubt seem to those who present them, they simply contradict the facts of what the New Testament writings actually say. As it turns out, in various places the New Testament refers to the person in question, in the context of the period of time preceding his birth, as “Jesus,” “Christ,” and God’s “Son.” Let’s look at each of them.

The preincarnate person we know as Jesus is actually called Jesus in the best reading of Jude 5: “Now I want to remind you, although you once fully knew it, that Jesus, who saved a people out of the land of Egypt, afterward destroyed those who did not believe” (ESV). Many of the earliest manuscripts actually say “Jesus” instead of “the Lord” in verse 5, and this is most likely the original reading. Older English versions (KJV, NKJV, etc.) and a few newer ones (NASB, NIV, NRSV) follow the more familiar reading “the Lord” here, but several recent versions agree with the ESV in accepting the reading “Jesus” (CSB, NET, NLT). Ed Komoszewski and I give three reasons supporting this reading in our book Putting Jesus in His Place.[1]

It is, of course, reasonable to maintain that the person we call Jesus did not go by that name at the time of the Exodus. Nevertheless, the point in Jude 5 is that this person definitely existed then, even if at the time he was not known by or addressed by that name. Indeed, even if someone chooses to favor the reading “the Lord” in Jude 5 instead of “Jesus,” the text would still be saying that the person we call Jesus existed and was active in the events of the Exodus. In context, “the Lord” in verse 5 is clearly the person called “our only Master and Lord, Jesus Christ” in verse 4. Only ten words separate Jude’s reference to “our only Master and Lord, Jesus Christ” and his reference to either “Jesus” or the “Lord.”[2]

By the way, technically Jesus did not receive the name “Jesus” at his birth. He received it at his circumcision, which was eight days after his birth (Luke 2:21). Obviously, that doesn’t mean he didn’t exist for those eight days!

Paul referred to the preincarnate person in question as “Christ” at least once and possibly twice in 1 Corinthians 10: “For they drank from the spiritual Rock that followed them, and the Rock was Christ…. We must not put Christ to the test, as some of them did and were destroyed by serpents” (1 Cor. 10:4, 9 ESV). In the first reference to Christ, there is no textual difficulty. In the second, some manuscripts again say “the Lord” while others say “Christ,” and the question is the subject of some debate. I think that the reading “Christ” in the second reference is probably correct, but it doesn’t much matter: Either way, Paul was referring to “Christ” as having existed with the Israelites in the wilderness, just as Jude did in reference to Jesus (or “the Lord”) in his epistle some years later.[3]

Again, one can reasonably maintain that the title “Christ” did not properly apply to Jesus until his mortal incarnate life. One can even plausibly maintain that Jesus did not begin functioning as the Christ per se until the beginning of his public ministry (though in Luke 2:11 the angels told the shepherds that the infant child “is Christ the Lord,” using the present tense). That qualification obviously would not mean that Jesus didn’t exist until his baptism in the Jordan by John the Baptist! Nor would it invalidate the fact that according to 1 Corinthians 10 that same person, whom we now call Christ, existed more than a thousand years before his human birth.

The preincarnate person we call Jesus is called the “Son” of God the Father in several passages of the New Testament. Here are two that are especially clear and noteworthy:

Long ago, at many times and in many ways, God spoke to our fathers by the prophets, but in these last days he has spoken to us by his Son, whom he appointed the heir of all things, through whom also he created the world. (Heb. 1:1-2 ESV)

Both of these passages speak of the Son as someone who was active in the creation of the world. However the Son’s role in creation is understood, these passages clearly presuppose that the Son existed when all things were created.[4] For the purpose of the specific point here, it does not matter whether Jesus was technically or properly “the Son” at the time of creation or whether he became the Son at his human conception and birth (as some interpreters think Luke 1:35 implies).[5] Either way, the person we call the Son of God existed before creation and was involved in the creation of all things.

In sum, the person that the New Testament calls Jesus, the Christ, and the Son of God is a divine person who existed prior to his birth as a human being. This conclusion stands firm regardless of whether that divine person was known by those designations prior to the Incarnation.

[2] The Greek noun translated “Lord” in both instances (assuming the reading “Lord” in verse 5) is κύριος.

[5] I am not suggesting that the issue of whether the second Person of the Trinity is properly designated the Son is unimportant. I am simply addressing the argument that if it could be shown that he was not the Son prior to his human life then one may conclude that he didn’t exist before his human life.