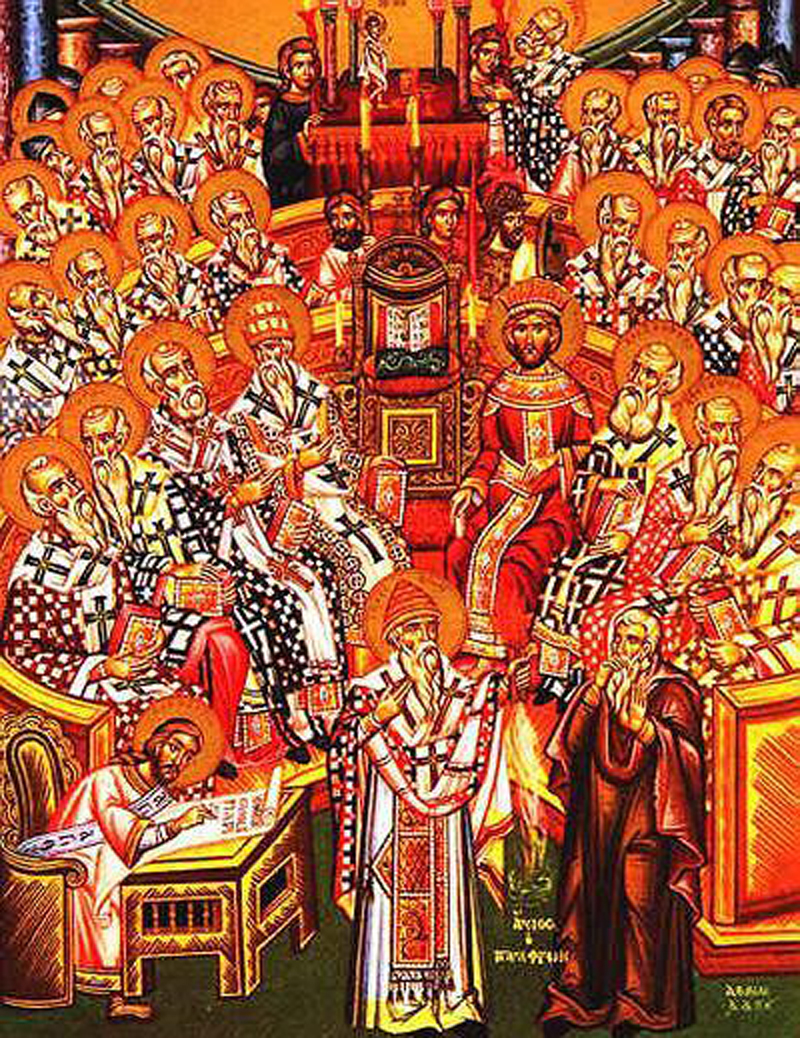 In Part VII of my eight-part series of articles entitled “The Biblical Basis of the Doctrine of the Trinity,” I offer the following concluding argument for the doctrine:

A. All the elements of the doctrine are taught in Scripture.

On April 13th, at the 2019 Theological Conference, a Biblical Unitarian meeting in Hampton, Georgia (ironically held at the Calvin Center, owned by the liberal PCUSA), Dale Tuggy devoted part of his lecture, “How Not to Argue from the Bible to the Trinity,” to a critique of the above argument. Unlike the Unitarian-Universalist Association, which has drifted completely away from the Bible and Christianity, the advocates of Biblical Unitarianism generally take a fairly conservative view of the Bible and accept such basic Christian beliefs as the virgin birth and resurrection of Christ. Indeed, in this respect they are more conservative than many pastors and scholars in the PCUSA! Tuggy is a philosopher who blogs on the subject of the Trinity. His critique of the above argument begins just under 17 minutes into the video and ends about ten minutes later. In this post, I will respond to his claim that my argument for the Trinity is unsound. In a second post, I will respond to his claim that my argument is incoherent.

Before he gets to his main criticisms of my argument, Tuggy asserts that I don’t need the second premise, regarding the consistent triad of Father, Son, and Holy Spirit in the New Testament (point B. above). He speculates that I threw it in there because I think only Trinitarianism can explain this premise and that Unitarianism can’t. Tuggy guessed incorrectly here (although I certainly think Trinitarianism explains this information better than Unitarianism). The middle “premise” is needed not because my argument would not work without it but because it anticipates and refutes a possible objection. Specifically, the point about the consistent triadic teaching of the New Testament shows that the doctrine of the Trinity is not cobbling together unrelated elements of biblical teaching. The Father, Son, and Holy Spirit are coordinated as divine persons in numerous passages throughout the NT in such a way as to confirm that the finding that the NT teaches the deity of each person (established in earlier parts of my outline) is not an accident or a misreading. These three persons—and only these three—are presented to us in the NT as true deity.

It is true that I did not include such concepts as eternal generation and eternal procession. These concepts are explanatory devices advanced in mainstream Trinitarianism to explain (at least somewhat) how the Son and the Holy Spirit are differentiated from the Father in eternity. However, one need not affirm these concepts in order to be Trinitarian. For example, one might maintain that the Second Person is eternally the Logos, who is truly God, and that the title “Son” applies to him by virtue of the Incarnation (as a Messianic title, for example). Some people consider this view heterodox, but the view is still a form of Trinitarianism. It clearly is not a form of Unitarianism, Monarchianism, or other non-Trinitarian theology.

Likewise, the expression ὁμοούσιον τῷ Πατρί (“of the same essence as the Father”) found in the Nicene Creed is a way of expressing the deity of the Son that is very significant in the history of Trinitarian theology but is not itself an essential element of the doctrine of the Trinity per se. It was important in the context of the Creed as a way of distinguishing the mainstream Christian view from Arianism, which viewed the Son as a separate and subordinate deity.

Interestingly, the Nicene Creed does not do what Tuggy claims is surprising that the Bible does not do if the Trinity is true: it does not use a special term for the three persons such as “Trinity” or “tripersonal God” or “triune God.” Tuggy faults my argument for failing to include the use of such a term as one of the essentials of the doctrine of the Trinity, yet the Nicene Creed also fails to include the use of such a term. The longer form of the Nicene Creed produced by the First Council of Constantinople in 381 also neglected to use any such terminology. By Tuggy’s own reasoning, then, the Nicene Creed in both of its forms does not constitute an adequate statement of the doctrine of the Trinity! Nor does the Creed speak of the Holy Spirit’s “eternal procession” from the Father. It says that the Holy Spirit “proceeds from the Father,” but does not specify that this procession is an eternal relation. 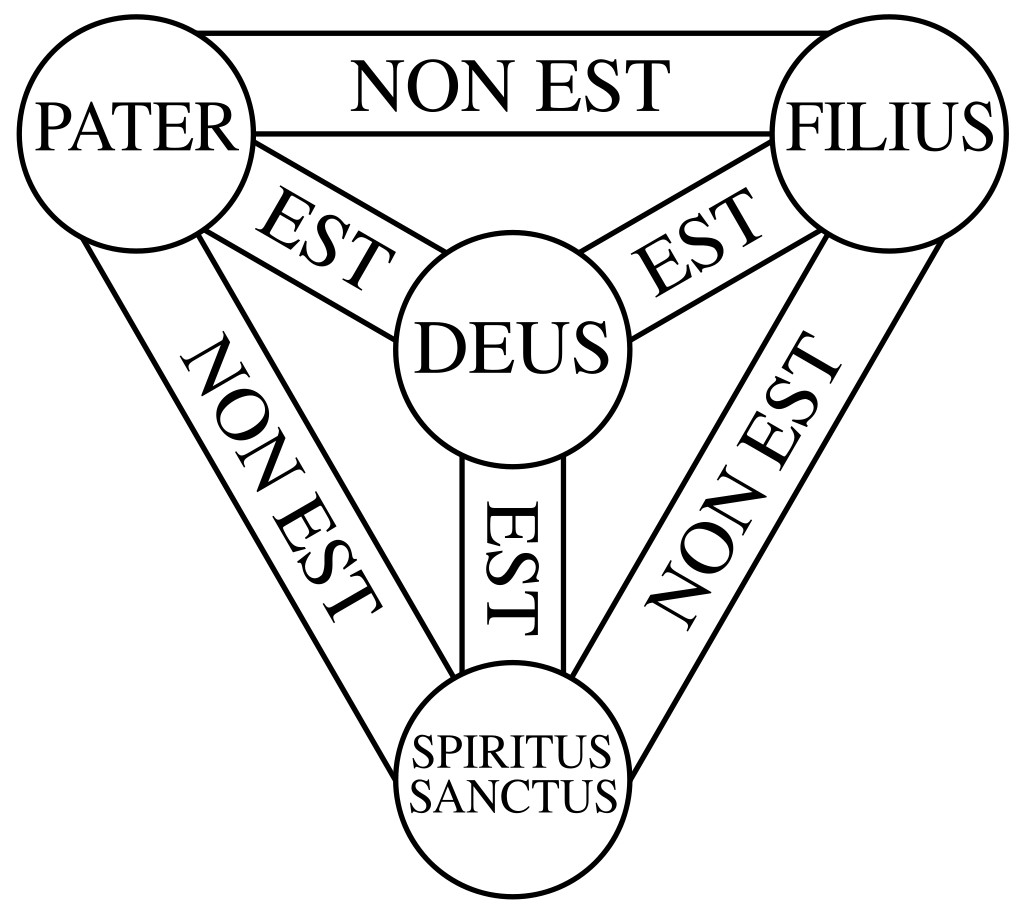 As he has been doing with Trinitarian theology in general for many years, Tuggy finds fault with my argument by complaining about the logical difficulty of affirming that each person “is God” and yet that the persons are distinct from one another. “Things that are identical to the same thing are identical to one another.” With this analytical knife Tuggy thinks he can cut any presentation or defense of Trinitarian belief to ribbons without so much as opening a Bible. His point is that my argument is incoherent because (as he sees it) the affirmations that the Father is God, the Son is God, and the Holy Spirit is God logically contradict the affirmation that the Father, Son, and Holy Spirit are not each other. To this objection, I have three responses.

First, if there is a logical difficulty here, it arises from the teachings of the Bible, since we find all of these elements of the doctrine of the Trinity taught in Scripture.

Second, there are other apparent instances of logical difficulties or apparent contradictions in other aspects of biblical doctrine that most professing Christians, including very many Unitarians, accept without reservation. For example, many if not most Biblical Unitarians (the biblically conservative movement that sometimes describes itself as such) accept both the omniscience of God and the freedom of God. That is, they believe both that God knows all things and that he acts freely, choosing freely what he will do. Present this claim to a group of skeptics and watch them get out their analytical knives. If God knows what he will do (they will argue) then he cannot do otherwise, i.e., he cannot do anything other than what he knows he will do; but if he cannot do otherwise then he is not free in doing it. Is this a genuine logical contradiction? It looks like one.

Can I resolve this apparent contradiction? Perhaps the argument makes some assumptions about what it means to act freely that do not apply to the transcendent, eternal Creator. There is a lot of potential ambiguity in the words can and cannot as well as the word free. Here’s the thing: Even if I am unsure exactly how to resolve the apparent logical difficulty, I am fully warranted in believing both that God knows all things and that God freely chooses what he does. Moreover, if my proposed explanation for how God can know all things and make free choices is shown to have some difficulties, this does not mean that those two theological concepts are not both true. It would just mean that I don’t fully understand how God can be what he is. Not only would this outcome not bother me, it’s what I would expect to be the case.

Third, in my opinion the apparent logical difficulty that Tuggy finds in the doctrine of the Trinity arises because he is applying analytical concepts of identity to the transcendent, infinite God. The premise of his critique, as I quoted it earlier, is this: “Things that are identical to the same thing are identical to one another.” This premise works fine with finite, discrete objects or “things” that cannot be identical to “the same thing” (i.e., the same finite object) without being identical to each other. A finite object’s “identity” is defined by its boundaries, its limitations—its separateness from other finite things in the matrix of the created world. I am a separate being from you because we occupy different bodies, began our existence separately, have had different locations and movements as well as different experiences (thoughts, feelings) throughout our lives, have differing abilities, opinions, and interests, and so on. What if the three Persons of the Trinity co-exist eternally, are incorporeal and omnipresent, are omniscient, are omnipotent, and are absolutely perfect in wisdom and goodness? Then each knows every thought of the other two; each is present at all times with the other two, not just proximately but interiorly; each has all of the same abilities as the other two; and each is certainly in agreement with the other two regarding all things. If three Persons share this eternal, incorporeal, omnipresent, omniscient, omnipotent, and omnibenevolent nature, then in some way that defies easy analysis (for us!) it would appear that they are ontologically one even though they are also relationally or personally distinct from one another. The rule that things identical to the same thing are identical to one another does not seem to apply to three divine Persons of this nature.

Again, as with the issue of divine omniscience and volition, I do not need to be able to explain perfectly how God can be one God and three Persons in order to be reasonably warranted in believing both are true. If I have reasons to believe that the Bible is a reliable source of doctrinal truth about God (and I do), then I am warranted in believing a state of affairs that I cannot fully analyze rationally if the Bible teaches it. That having been said, in my opinion we can offer at least some reasonable explanation why Tuggy’s rational objection to Trinitarianism falls short of being the decisive disproof he claims.